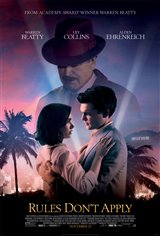 Marla is a strict Baptist who cannot fraternize with boys, much to the chagrin of Frank who, despite his mounting attraction, is forbidden to make a move for fear of losing his job. However, the two eventually come to the conclusion that the rules "don't apply" to them. Their situation is made even more tense when Hughes begins making passes at Marla. And things really start to heat up when Hughes puts a ring on Marla's finger.