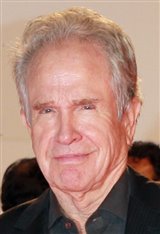 Henry Warren Beaty (he added the second 't' later) got the acting bug early as he started performing as a child along with his older sister, Shirley Maclaine. His mother was a drama coach in Richmond, Virginia, and cast her children in amateur productions. After studying at Northwestern University, he eventually drifted back to his roots and began taking acting classes with the legendary Stella Adler. After scoring some work in TV series' -- The Many Loves of Dobie Gillis and Love of Life -- he... See All