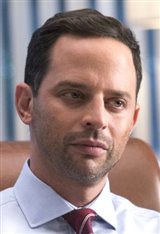 Born in Rye, New York, Nicholas J. Kroll is an actor, screenwriter, producer and comedian. Born to mother Lynn Kroll and father Jules B. Kroll, Nick was raised in Westchester County, New York. Nick graduated from Georgetown University, majoring in history, and then began a career in television writing and comedy. Well known for his standup, Nick performs not only on tour, but has made many television appearances, including the 2007 to 2008 TV sitcom Cavemen, the short-lived (2008 to 2009) CBS... See All