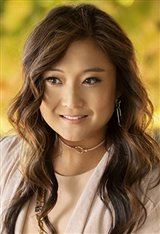 Ashley Park was born in Glendale, California and raised in Ann Arbor, Michigan. She began dancing and playing piano at a young age and by the sixth grade, she was bitten by the theatre bug. In 2006, while in her sophomore year of high school, she was diagnosed with acute myeloid leukemia and took eight months to recover. When she returned to school, she was cast in the school's musical, and decided then and there to become a professional performer. Ashley graduated from the University of... See All