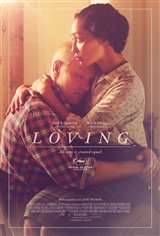 After the Second World War, an increasing number of states withdrew their anti-miscegenation laws, allowing interracial couples to marry legally. However, in the Southern states, laws against interracial marriage continued to persist well into the 1950s. This did not change until a Virginia-based couple, Mildred and Richard Loving, became the first people to face a prison sentence for interracial marriage.

The two were a fairly ordinary couple, who simply wanted to live together in peace. After meeting and falling in love at school, they decided to marry in 1958 when 18-year-old Mildred became pregnant. As Richard was white, and Mildred was of mixed black and Native American heritage, they both knew that they could not marry in their home state due to Virginia’s laws.

The laws meant that all interracial marriages would be void, and any children born would be deemed illegitimate, with no inheritance rights. Thus, they traveled to Washington, D.C. to wed instead, before returning to their home in Caroline County, Virginia. Five weeks after the ceremony, the newlyweds woke up to a flashlight shining in their eyes, and their home being invaded by a sheriff and two deputies.

The sheriff demanded to know who this woman was that Richard was sleeping with, but when Mildred told him that she was Richard’s wife, he simply replied, “That’s no good here.” The couple’s marriage certificate was dismissed as invalid and they were taken to the local jail. While Richard was only held overnight, Mildred was held for several nights longer.

Although the couple lawfully wed in Washington, their union was not recognized in Virginia — one of 24 states that banned interracial marriage. The couple initially pled guilty to violating the state's Racial Integrity Act, with one of the judges telling them that God would not have placed them on different continents, if he had meant whites and blacks to mix.

Richard and Mildred had to pay court fees of $36.29 each, and were told to leave the state for 25 years. The two agreed and moved to Washington, where they had three children — Peggy, Donald, and Sidney. However, when they returned for a visit to Mildred's family five years later in 1963, they were arrested again. Released on bail, they wrote a letter to then-Attorney General Robert Kennedy to plead their case. The American Civil Liberties Union took an interest in their situation.

ACLU lawyers Bernard S. Cohen and Philip J. Hirschkop tried to persuade Virginia judge Leon Bazile to overturn his original verdict, but as Bazile was an advocate of racial segregation, he refused to do so. Even the very state of Virginia claimed that the ban was not discriminatory because it applied to both black and white citizens.

In March 1966, LIFE magazine published a feature titled, "The Crime of Being Married," which told Richard and Mildred Loving's story. It was beautifully illustrated with photographs by Grey Villet.

It's possible the feature had a positive effect on their case, because when it eventually went all the way to the Supreme Court, on June 12, 1967, after four years of struggle, the court ruled that the anti-miscegenation laws of Virginia and that of 15 other states across the US were now deemed unconstitutional. As for the Lovings, they could finally live in Virginia in peace.

When asked about their motives in the 1966 LIFE article, Richard replied, "[We] are not doing it just because somebody had to do it and we wanted to be the ones. We are doing it for us — because we want to live here." Though the Supreme Court’s 1967 decision in the Loving case helped remove miscegenation laws, Southern states were slower in changing their constitutions, with Alabama becoming the last state to do so in 2000.

Mildred eventually stopped giving interviews, but in one of her final public acts on the 40th anniversary of the announcement of the Supreme Court ruling, she spoke out in support of same-sex marriage. “I believe all Americans, no matter their race, no matter their sex, no matter their sexual orientation, should have that same freedom to marry,” she had said. “That's what Loving, and loving, are all about.”

The couple remained married until Richard’s death in 1975, eight years after the Supreme Court decision, when he was killed by a drunk driver. Mildred lost her right eye in the same accident, but survived the accident. She died May 2, 2008 at the age of 68, from pneumonia. Their son Donald died in 2000, and Sidney passed away in 2010. Their daughter Peggy is still alive, as well as a combined total of eight grandchildren and 11 great-grandchildren.

The Lovings lived up to their last name, and made history with their significant victory towards the Civil Rights Movement. Their story is once again making headlines, as it will be released as a film by director Jeff Nichols on November 4, 2016. The movie stars Ruth Negga and Joel Edgerton, and has already been deemed a serious Oscar contender after received raving reviews during its world premiere at the Cannes Film Festival.