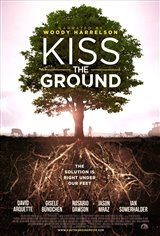 This film takes a close look at the Earth's most powerful unsung hero, our soil. As people become sick from a wide variety of diseases, this film looks at why and the relationship between health and food.

It exposes the chemicals that are put into the water and the chemicals used in the farming methods of the last 50 years. With cancer and diabetes rates affecting a large number of the population, it's time to take a look at what is in the soil where vegetables and fruits are grown.