Keeper of the Ashes: The Oklahoma Girl Scout Murders 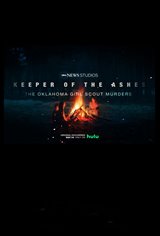 On June 13, 1977, three young girls were murdered at the Camp Scott Girl Scout camp in Oklahoma. This documentary miniseries takes a look at the events. The girls all arrived at Camp Scott on June 12, but because there was a thunderstorm, they went to their tents early.

Lori Lee Farmer, 8, Michele Heather Guse, 9, and Doris Denise Milner, 10, all from Broken Arrow, Oklahoma, were assigned to Tent #8. All the tents, which were on wooden platforms, were arranged in a semi circle. Tent #8 was the farthest away from the counselor's tent.

One of the girls in another tent claimed to have heard something in the night at about 3 a.m., including a scream and a girl crying, "Momma, momma." At 6 a.m., when the counselor went to the showers, she found Famer, Guse and Milner — and their sleeping bags — in the woods. Farmer and Guse had been beaten to death inside the tent. Milner had been stabbed to death a few yards away. All three were sexually assaulted.

Kristen Chenoweth, also from Broken Arrow, was supposed to attend the camp, but because she was sick, her mother had kept her at home. In this miniseries, she says, "It haunts me every day." The tents held four girls per tent, but because of scheduling issues, the fourth girl in the tent where the three girls were murdered was to arrive the next day.

It was later revealed that a note had been left in a cabin at Camp Scott just two months earlier in April, which read: "We are on a mission to kill three girls in tent one." It was signed "The Killer." However, the director of the camp believed it to be a joke and didn't act upon it.

This miniseries takes a look at the man who was arrested, as well as other suspects. Thanks to DNA, which wasn't available in 1977, the evidence is retested and reexamined.