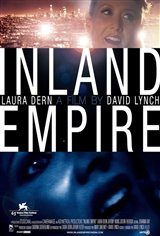 An actress (Laura Dern) is preparing for her biggest role yet for a director (Jeremy Irons), but when she finds herself falling for her co-star (Justin Theroux), she realizes that her life is beginning to mimic the fictional film that they're shooting.

Adding to her confusion is the revelation that the current film is a remake of a doomed Polish production, 47, which was never finished due to an unspeakable tragedy. And that's only the beginning. Soon, a seemingly endless onslaught of indescribably bizarre situations flashes across the screen: a sitcom featuring humans in bunny suits, a parallel story set in a wintry Poland, a houseful of dancing streetwalkers, screwdrivers in stomachs, menacing Polish carnies, and much, much more.