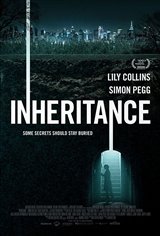 4 votes and 1 Reviews | Write a Review

Archer Monroe (Patrick Warburton), the patriarch of a wealthy and powerful family suddenly passes away, but when his will is read, his son William (Chase Crawford) and daughter Lauren (Lily Collins) discover they have not been treated equally. William, a Congressman, is left $20 million, while Lauren, a New York District Attorney, has been left only $1 million.

Soon after, the family lawyer gives Lauren something else left to her by Archer — an envelope with a key and a thumb drive, as well as an explanatory video message in which Archer tells her the key will unlock a mess he was unable to clean up, urging her to make sure the truth stays buried.

She discovers that the key unlocks the entrance to an underground hideaway on the remote part of the family's estate, where she finds something shocking that may have ramifications on her entire family.