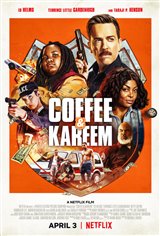 Inept police officer Coffee (Ed Helms) is dating Vanessa Manning (Taraji P. Henson). He tries to make friends with her young son, Kareem (Terrence Little Gardenhigh), but Kareem wants nothing to do with him. In fact, he hires criminals to have Coffee killed, to get him out of their lives.

The boy's plan backfires, leading to the most dangerous drug dealers in Detroit deciding to come after and kill not only Coffee, but Vanessa and Kareem as well. However, although Coffee is inept, Vanessa is a spitfire and together all three of them will try to outsmart the gang in an effort to save not only their lives but their neighborhood from the criminals.