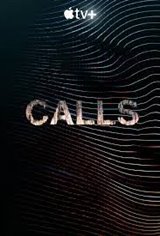 Calls is a groundbreaking, immersive television experience based on the French series of the same name.

Each episode follows a bone-chilling mystery that unfolds through a series of seemingly average, unconnected phone conversations that quickly become surreal.

The series proves that the real terror lies in one’s interpretation of what they cannot see on the screen and the unsettling places one’s imagination can take them.