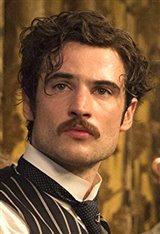 Tom Sturridge was born in London, England and despite his best efforts, he would become part of one of the UK’s premiere acting families. The son of director Charles Sturridge (known for directing the Jeremy Irons television series, Brideshead Revisited) and actress Phoebe Nicholls (The Elephant Man). However, Tom lived a fairly normal life, attending the Harrodian School and not even stepping a foot on his parents' film sets. That is, until he was ten. In 1996, his father was casting a role in... See All