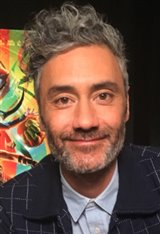 At the 2005 Academy Awards, the short was nominated for Best Live Action Short. His name became most well-known after he feigned sleep when his name was announced at the ceremonies after attempting to persuade other nominees to do the same. Taika’s father is Maori from the Te Whanau-a-Apanui tribe, a heritage which Taika is proud of and featured most prominently in his early years of filmmaking. He went on to release more critically acclaimed films, included the short Tamu Tu (2004) and his... See All