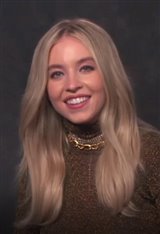 Sydney Sweeney is an American actress from Spokane, Washington. She began acting in 2009 after her family moved to Los Angeles on her request. To convince her parents to let her pursue acting, Sydney presented them with a five-year business plan before the move. As a young teenager, Sydney began her career by making brief appearances on popular television series such as Heroes (2009), Criminal Minds (2009), and 90210 (2010). Following those experiences, Sydney got more exposure when she appeared... See All