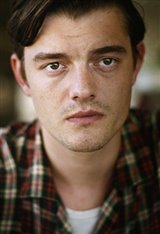 When Variety Magazine put Sam Riley on their “10 actors to watch” list in 2007, they were certainly on to something. Riley was born in Menston, West Yorkshire and only began his brief yet significant acting career in his early twenties. Initially the lead singer of the now-defunct band 10,000 Things, Riley began appearing in TV movies in 2002, then made his feature film debut in the 2007 biopic Control. Acting as Joy Division's troubled front man Ian Curtis, it was here that Riley began to get... See All