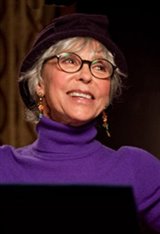 Rita Moreno is a Puerto Rico-born American actress, dancer, and singer, best known for her work in West Side Story (1961), and the comedic farce The Ritz (1975). Rita was born in Humacao, Puerto Rico. In 1937, Rita and her mother moved to New York City, leaving behind her father and her younger brother Francisco. She took dancing lessons in her youth, and also did Spanish voice overs for American films when she was just 11 years old. In 1945, at the age of just 13 years old, Rita landed her very... See All