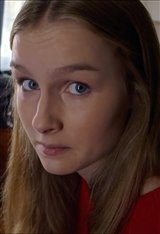 Olivia DeJonge was born in Melbourne, Australia, before moving to Perth when she was five years old. She began her acting career at eight when she was featured on a radio commercial for a hardware company. Since then, she has appeared in over 40 radio advertisements.

She made her film debut in the mystery thriller, The Sisterhood of Night (2014). Her next role was Becca in the M. Night Shyamalan film The Visit (2015). She was nominated for the Saturn Award for Best Performance by a Younger Actor for the performance.

In 2015 Olivia landed the starring role on the Australian television drama Hiding, playing the role of Shaneen Quigg / Tara Swift. She continued to work in television, appearing as Alice Burbage on Will in 2017, Elle on The Society in 2019, and Caitlin Atwater on The Staircase in 2022.