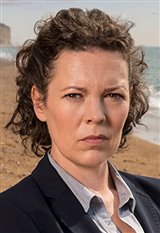 English actress Olivia Colman (birth name: Sara Caroline Olivia Colman) was born in a city in Norfolk, two and a half hours north of London, called Norwich. She went to two schools as a young girl, Norwich High School for Girls in her hometown and Gresham's School in Holt.

Olivia was bitten by the acting bug at the age of 16, when she was cast as the lead in a school production of The Prime of Miss Jean Brodie. After graduation, Olivia began studying teaching at Homerton College at the prestigious Cambridge University.

During her time there, she earned a spot in the Cambridge University Footlights Dramatic Club (known simply as Footlights), a widely revered theatrical club in the British comedy community. In order to become a more well-rounded performer, she then went to The Old Vic Theatre School to receive traditional dramatic training. However, it was comedy that would mark the actress' career.

Olivia got her first big break in 2000 as a starring player on the BBC comedy sketch show Bruiser, which ran for six episodes. She would go on to act in many high-profile British TV shows, including People Like Us, Look Around You, Black Books, The Office, The Time of Your Life and Doctor Who.

Her first big film appearance was in the cult comedy Hot Fuzz (2007). But it wasn't until her performance in BBC Two's 2010 sitcom Rev that she got major recognition, earning her the first of many BAFTA TV Award nominations.

Olivia kept quite busy the following year, with a recurring role on the BBC series Exile alongside Jim Broadbent and the mockumentary series Twenty Twelve, alongside Hugh Bonneville.

In addition to a lengthy television resumé, the talented comedian has appeared in many critically acclaimed British drama films, such as Tyrannosaur (2011), for which she won both a British Independent Film Award and a London Film Critics Circle Award, The Iron Lady (2011), and Hyde Park on Hudson (2012), for which she won a British Independent Film Award.

In 2013, Olivia landed her most notable role to date, starring in the hit ITV drama Broadchurch. She won a BAFTA TV Award for Best Actress for her performance as Detective Sergeant Ellie Miller starring opposite David Tennant.

Olivia was also seen in the 2015 dramedy The Lobster, alongside Colin Farrell and Rachel Weisz, and the British musical mystery London Road.

For her performance as Angela Burr in the BBC miniseries The Night Manager (2016) opposite Tom Hiddleston, Olivia won a Primetime Emmy and a Golden Globe.

In 2018, Netflix cast Olivia as Queen Elizabeth II on the hit series The Crown. She takes over from Claire Foy, who had won much critical acclaim in the role, including a Golden Globe, two SAG Awards and a Primetime Emmy. Ironically, Olivia's award-winning turn in Hyde Park on Hudson (2012) was as Elizabeth's mother, Queen Elizabeth The Queen Mother.

For her performance as Queen Anne in The Favourite (2018), Olivia won an Oscar for Best Actress in an upset win and gave the most hilarious speech of the evening. She also won Best Actress at the Golden Globes (comedy/musical) and at the Gijón International Film Festival. She also earned an Academy Award nomination for Best Actress. In addition, she shared an award for Best Ensemble Performance at the Gotham Awards for the same movie with co-stars Emma Stone and Rachel Weisz.

In 2019, she made her first appearance as Queen Elizabeth on the hit Netflix series, The Crown, taking over the role from Claire Foy. She'll play the role for two seasons, before turning the crown over to Imelda Staunton for the final two seasons.

In 2020, Olivia starred in the citically acclaimed film, The Father, alongside Anthony Hopkins. The role earned her nominations for Best Supporting Actress at the Academy Awards, Golden Globes and Screen Actors Guild Awards.

Olivia received her third Academy Award nomination in 2022, for her role in the Netflix film The Lost Daughter (2021), playing a mother on vacation who develops an interest in a young mother and her daughter, who are also vacationing at the same resort.

Olivia has been married to English actor Ed Sinclair, with whom she has three children, since August 2001.