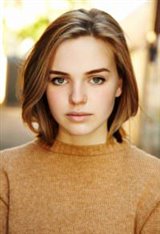 Born in Sydney, Australia, Odessa Young is named for the town her father grew up in, in Ontario, Canada. When she was 11, she began taking acting classes after school. Her drama teacher told her about an open audition for a children's television show called My Place on ABC-3, which would turn out to be her first professional acting job. Prior to that, she'd appeared in her uncle Aden Young's short film The Rose of Bad Ziz (2007), but it was all stills — there was no acting involved. Next she... See All