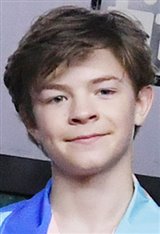 Oakes Fegley hails from Allentown, Pennsylvania. His first role was playing Tiny Tim in a 2009 stage production A Christmas Carol at the Civic Theatre of Allentown. He also played the role of Chicken Soup in Really Rosie at the Bucks County Playhouse in New Hope, Pennsylvania in 2013 and Pud in On Borrowed Time, directed by Joel Grey and staged at the Two River Theater in Red Bank, New Jersey from September 14, 2013 to October 13, 2013.

Oakes made his feature film debut in Fort Bliss (2014), playing a supporting role as Paul, the son of main character Maggie Swann, played by Michelle Monaghan.

Next, he played the younger version of Jason Bateman's character in the feature film This is Where I Leave You (2014).

On television, Oakes had a recurring role on the hit TV series Boardwalk Empire in 2014, as the younger version of the character Eli Thompson, played by Shea Whigham. He also played Gabriel Hayward on several episodes of the TV series Person of Interest from 2014 to 2016.

His first starring role in a feature film was as Pete in Disney's remake Pete's Dragon, playing an orphaned boy raised by a dragon in the wilderness. The movie also starred Robert Redford and Bryce Dallas Howard.

Oakes has played roles in several more feature films, including When the Moon Was Twice as Big (2016), The Truth About Lies (2016) and Wonderstruck (2017), in which he starred alongside Julianne Moore.

He also played the lead role in The Goldfinch (2019), based on the Pulitzer Prize-winning novel by Donna Tartt. Oakes has a slew of other movies scheduled for release, including The War with Grandpa (2020), playing opposite Robert DeNiro, and When the Moon was Twice as Big (2021). He's also signed on to play the title role in the drama Who Framed Tommy Callahan (2021).

Oakes' parents, Michael Fegley and Mercedes Tonne Fegley, and sister August are also actors. Oakes can play violin and dance hip hop and says he wants to be an electrical engineer or an architect when he grows up.