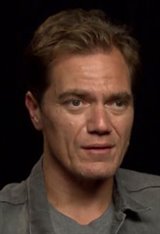 Michael Shannon began his career as a stage actor in Chicago, where he helped found A Red Orchid Theatre. He has since worked with Steppenwolf Theatre Company, Northlight Theatre, and other groups. Shannon originated the role of Peter Evans in Bug in 2004 and starred in the 2007 film adaptation with Ashley Judd and Harry Connick Jr., directed by William Friedkin. He has also played roles in the stage productions Killer Joe and Man From Nebraska written by Steppenwolf ensemble member Tracy... See All