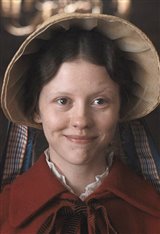 Mia Goth was born in London, England to a 20-year-old single mother, but relocated several times throughout her childhood. Her mother is from Brazil and her father is Canadian, originally from Nova Scotia. Mia and her mother moved to Brazil when she was just a few weeks old, before returning to the United Kingdom when she was five. When she was 10, she and her mother joined her father in Canada for two years before settling back in London. Mia started her career as a model. She was discovered... See All