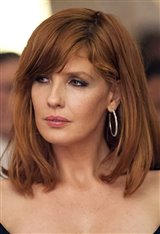 Kelly Reilly was born and raised in Chessington, England. Her interest in acting began when two drama teachers took an interest in her when she was 14, and introduced her to theatre. At 16, she performed a monologue during an actor’s showcase. A casting director was in the audience, and asked her to play a small role opposite Helen Mirren in the TV movie Prime Suspect. She continued to appear in minor roles in television shows such as Bramwell in 1996, two episodes of Ruth Rendell Mysteries in... See All