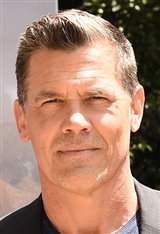 The hunky offspring of TV star James Brolin (wonder if he calls Barbra Streisand "Mom"?) made his film debut at age 16 in Richard Donner's The Goonies. Furthering his acting studies in New York, Josh returned to Hollywood in 1987 and landed a role on the TV series Private Eyes. He's since acquired a pierced nipple and several tattoos, along with an impressive list of TV and movie credits. Recurring roles on The Young Riders and Winnetka Road (playing a guy with the very cool name "Jack Passion")... See All