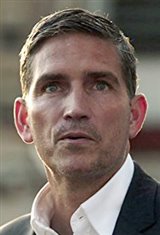 Growing up in rural Mount Vernon, Washington, Jim Caviezel was one of five children growing up as part of a devout Catholic family. While still in his teens, he decided to test his abilities by auditioning in Seattle for a small part as an Italian ticket agent in Gus Van Sant's My Own Private Idaho. He landed the role by fooling casting agents into believing he was a recent Italian immigrant. After making his film debut, Jim moved to California and went on to have a similarly minor role in... See All