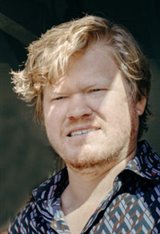 Jesse Plemons was born in Dallas and raised in Mart, Texas. He took acting classes at Dallas Young Actors Studio and at age 10, he began acting in films and TV series shot in Texas. He made his film debut in Finding North (1998) and soon after, landed a role in Varsity Blues (1999), starring James Van Der Beek and Jon Voight. A guest role on the TV series Walker, Texas Ranger followed in 2000, as well as a role as the younger version of Matt Damon's character in All the Pretty Horses (2000),... See All