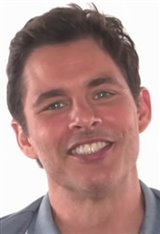 James Marsden was born in Stillwater, Oklahoma but moved to Los Angeles to be closer to the action. Before leaving, he attended Oklahoma State University, where he was a member of the Delta Tau Delta fraternity and sang in the college choir. However, school didn't hold his interest and he dropped out in 1993 to pursue his acting career. James starred with Nastassja Kinski and Vanessa Redgrave in the highly lauded miniseries Bella Mafia. He was also a series regular on Second Noah, 919 Fifth... See All