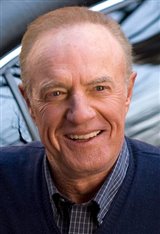 Born in the Bronx and raised in Queens, New York, James Caan knew early on that he did not want to follow in his father's footsteps and work in the family meat business. He entered Michigan State University at age 16 to study economics and play football. He then transferred to Hofstra Universiy to study law, and during a spring break, was accepted into Stanford Meisner's Neighborhood playhouse. Caan won a scholarship to study with Wynn Handman, then went on to get the first four jobs he... See All