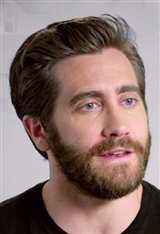 Son of director Stephen Gyllenhaal and writer/producer Naomi Foner, Jake grew up in Los Angeles with his sister Maggie. He was sent to a private high school, where he joined a band called Holeshot. After graduating in 1998, he attended Columbia University. Living in the filmmaking state and having parents in the industry, Jake made his first appearance on the big screen at the age of 10 with a small role in the film, City Slickers. He continued to gain experience in the industry playing parts in... See All