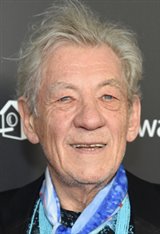 Born in the northern mill town of Burnley, in Lancashire, England, Ian McKellen was the son of a civil engineer. Encouraged by his parents to take an interest in theater, he developed an early fascination with the stage. After his family moved to the mining town of Wigan, McKellen began acting in school plays. At 13, he performed in his first Shakespeare play playing Malvolio in Twelfth Night. During his summer vacations he gained an additional appreciation for Shakespeare when he attended camp... See All