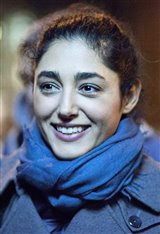 GOLSHIFTEH FARAHANI Date of Birth: July 10, 1983Born in Tehran, Iran, Golshifteh Farahani is the daughter of theater director/actor Behzad Farahani. Her first stage role came at the age of six and her film debut followed at 14 in the Iranian film The Pear Tree a.k.a. Derakhte Golabi (1998). When Golshifteh won the Best Actress prize at the Fajr Film Festival, she immediately became a star in her native country. It was the first of many awards for the young actress, who went on to win Best... See All