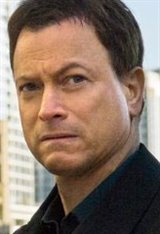 Born on Chicago's south side, Gary Sinise was driven to be an actor from an early age, perhaps because his father, film editor Robert L. Sinise, was in the business. Straight out high school at the age of 17, Gary made his professional stage debut in a production of The Physicist. A year later, he became a founding member of the Steppenwolf Theater Company. The company acted as the launching pad for many actors, including Sinise and co-founder John Malkovich.

Sinise made an effort to break into film in Hollywood in 1979, but quickly moved back to Chicago when his efforts met with little success. Although his performances in A Midnight Clear (1992) -- a beautiful film that few people saw -- and Of Mice and Men (1992) met with critical success, he didn't really make the leap into the big time until he appeared as the embittered Vietnam vet opposite Tom Hanks in Forrest Gump (1994), for which he received Golden Globe and Oscar nominations. He would meet up with Tom again in two other hit films, Apollo 13 (1995) and The Green Mile (1999).

He has won a Golden Globe for his performance in the TV movie Truman (1995) and received his third Golden Globe nomination for the TV movie George Wallace (1997). In 2000, Sinise won a Best Acting award for All the Rage (1999) at the Milan International Film Festival, and in 2003, he won a DVD Premiere Award as Best Actor in the feature film A Gentleman's Game (2001).

Although he continues to work steadily in film, in 2004 Sinise accepted a regular role as Mac Taylor on the new TV series C.S.I.: NY after doing a guest appearance earlier that year on CSI: Miami. He stayed with the show until 2013, then in 2016 took on a role as Jack Garrett, the head of the crime unit on the CBS crime series Criminal Minds: Beyond Borders, which enjoyed two seasons. He currently has several feature films in the works.

Gary has been married to actress Moira Harris since 1981 and they have three children.