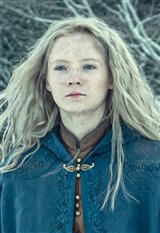 Freya Allen is an English actress best known for her work on the popular Netflix series The Witcher. Freya was born in Oxfordshire, England, where she attended Headington School in Oxford, the same school actress Emma Watson attended. Wanting to further pursue an acting career, Freya then attended the National Film and Television School in Beaconsfield, Buckinghamshire, where as a part of her studies, she starred in the short films Blue Bird (2017) and The Christmas Tree (2017). She then... See All