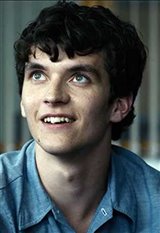 Fionn Whitehead is an English actor best known for his work in Dunkirk (2017). Fionn was born in Richmond, London to Linda and acclaimed British jazz musician Tim Whitehead. Growing up, Fionn wanted to be a breakdancer, but changed his mind and decided he would like to pursue a career in acting instead. At the age of 13, Fionn started acting at the Orange Tree Theater, and then went to Orleans Park School. After graduating from secondary school, Fionn attended Richmond College and entered in the... See All