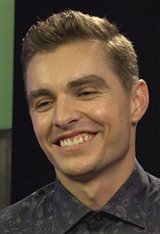 Dave Franco, whose childhood hero and influence was Roald Dahl, was born in California. His family is of Portuguese, Swedish and Russian descent. Franco has two brothers, one of whom is award-winning actor James Franco. He wasn't always interested in acting, having concentrated on writing and poetry during high school. It wasn't until college when Franco showed an interest in being in front of cameras. He was a series regular in Scrubs and is in the Funny or Die web series called Acting with... See All