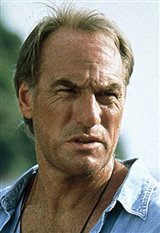 Craig T. Nelson Date of Birth: April 4, 1944 Craig T. Nelson was born in Spokane, Washington, to parents Armand and Vera Nelson, who were involved in show business as a musician and a dancer, respectively. Craig studied criminology in college, intending a career in the CIA, but eventually dropped out to pursue acting with little initial success. He began his career in stand-up, performing alongside directors Barry Levinson and Rudy De Luca in the early 1970s as part of The Groundlings comedy... See All