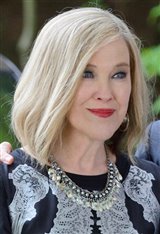 Born in Toronto, Ontario, Catherine O'Hara got her start in television. The sister of critically acclaimed singer/songwriter Mary Margaret O'Hara, she found the spotlight early in her career, often seen on the Canadian Broadcasting Coorporation (CBC) in both films and commercials. After waiting tables at the Second City comedy bar in Toronto, she managed to get the attention of the managers there and started performing. Three years later she appeared in the pilot episode of 1774, which was a... See All