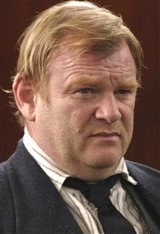 Born in Dublin, Brendan Gleeson started performing as a child in local stage productions. While furthering his studies at University College, he underwent an audition for the National Theatre of Ireland, Abbey Theatre, that was a complete disaster. He put aside his dreams of acting professionally and instead, went on to become a high school teacher. In 1989, after ten years of teaching, he decided to give acting another try. In a strange twist of fate, the first role he landed was in a stage... See All