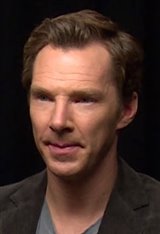 The British thespian continued his education at the prestigious London Academy of Music and Dramatic Art. Benedict enjoyed a successful career in theater that included an Olivier Award for his performance in Hedda Gabler and critical acclaim for playing both Victor Frankenstein and his monster on alternating days in a stage performance of Frankenstein. He then decided to move on to the small screen.

In 2004, his portrayal of theoretical physicist Stephen Hawking in the TV movie Hawking earned him a BAFTA nomination, not to mention the public's attention. Taking advantage of the momentum, Benedict landed major roles in Atonement (2007) and The Other Boleyn Girl (2008).

In 2010, he made his big return to TV by starring as Sherlock Holmes in the eponymously titled BBC series. Benedict was also cast in some of the biggest movies of 2011, including War Horse and Tinker Tailor Soldier Spy. The following year, Benedict played a role opposite his Sherlock co-star Martin Freeman in Peter Jackson's The Hobbit: An Unexpected Journey(2012).

In 2013 he was named British newspaper The Sun’s sexiest man of the year for the second time in a row. He starred as Starfleet agent John Harrison in the Star Trek sequel, Star Trek Into Darkness (2013). He then appeared in August: Osage County (2014), The Hobbit: The Battle of the Five Armies (2014) and The Imitation Game (2014), for which he received his first film Golden Globe nomination and his first Academy Award nomination. In 2016, he starred as the eponymous neurosurgeon with super powers in Marvel's Doctor Strange (2016), reprising his role in with a guest appearances in Thor: Ragnarok (2017), Avengers: Infinity War (2018), Avengers: Endgame (2019) and Spider-Man: No Place But Home (2021).

Benedict received his second Academy Award nomination for his portrayal of cruel rancher Phil Burbank in the Netflix film, The Power of the Dog (2021), which received twelve nominations, more than any other film at the 94th Academy Awards.

He married British actress Sophie Hunter in 2015. They have three sons: Christopher, Hal and Finn.