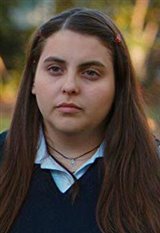 Beanie Feldstein (née Elizabeth Feldstein) was born in Los Angeles, California to Sharon Lyn, a costume designer and fashion stylist, and Richard Feldstein, a tour accountant for Guns N' Roses. She graduated from Wesleyan University in 2015. She is the younger sister of actor Jonah Hill and music manager Jordan Feldstein, who passed away in 2017. Beanie attended Stagedoor Manor, a theater camp in New York. She made her acting debut on the ABC comedy series My Wife and Kids (2002). She was then... See All