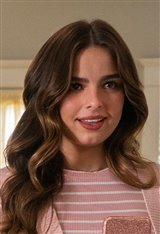 Addison Rae Easterling was born and raised in Lafayette, Louisiana. She attended Louisiana State University for one semester before dropping out in 2019 to pursue a career on TikTok. As a social media influencer, Addison entertains her millions of followers with dance and lip-syncing videos. She is also associated with other famous TikTok stars.

Along with hosting an original podcast on Spotify, Addison has appeared in multiple music videos. She also made her film debut in 2021 in the Netflix Original movie He's All That, a remake of the classic rom-com She's All That (1999). Addison played the leading role of Padgett Sawyer alongside co-stars Tanner Buchanan, Madison Pettis, and Rachel Leigh Cook.