Review - Jungle Cruise an adventure with heart and thrills

Published By Alexandra Heilbron on Jul 29, 2021

Jungle Cruise is based on the popular ride of the same name found at Disney theme parks. It’s a guided trip by boat through a jungle, where you find Animatronic animals both on the river banks and popping up out of the water, while the self-deprecating guide reels off a bunch of pretty funny puns in relation to what you’re seeing.

In the film, Dwayne Johnson plays the river guide, complete with the puns (in this case, his British tourists are less than amused) and staged attractions. However, it’s when he runs into Lily Houghton, played by Emily Blunt, that the story delves farther than the theme park attraction.

The setting is 1916, at the height of WWI, and Blunt plays a woman with swagger. She wears pants, she’s fearless and always up for an adventure – basically a female version of Indiana Jones.

She hires river guide Frank Wolff (Johnson) to take her to the Tree of Life, which has a unique flower that can cure any disease. Frank does so grudgingly, and because a woman wearing pants in 1916 was unheard of, he takes every opportunity to refer to her as “Pants.”

The story gets complicated, with an evil German prince (Jesse Plemons) who’s also after the flower to use it to Germany’s advantage during the war, and Spanish Conquistadors who were after it centuries ago, but strangely return to life — at least partially — either with snakes slithering through their bodies or dripping with honey and bees.

Jack Whitehall adds some fun as Lily’s younger brother MacGregor, whose privileged upbringing has led to him be more than a little snobby, but his innocence and open-heartedness prove him to be a very endearing character.

As with the attraction the film is based on, it’s a fun ride, with plenty of thrills and adventure. Emily Blunt gets most of the action as she leaps from tree to tree and flies through the air on ropes and vines.

Hers is the most fully fleshed-out character in the movie. Lily loves animals and even puts herself in danger to rescue them; she loves her brother, despite his whining; she easily trades barbs with Frank and she’s incredibly brave and resourceful.

The scenery is incredibly stunning, culminating in a night scene filled with sparkling lights as our adventurers approach their destination. It reminded me of the land of Pandora at Walt Disney World, when viewed at night — absolutely magical and breathtaking.

With a perfect running time of just over two hours, Jungle Cruise makes for a fun night out at the movies. ~Alexandra Heilbron

Jungle Cruise opens in theaters Friday, July 30 and on Disney+ with Premier Access. 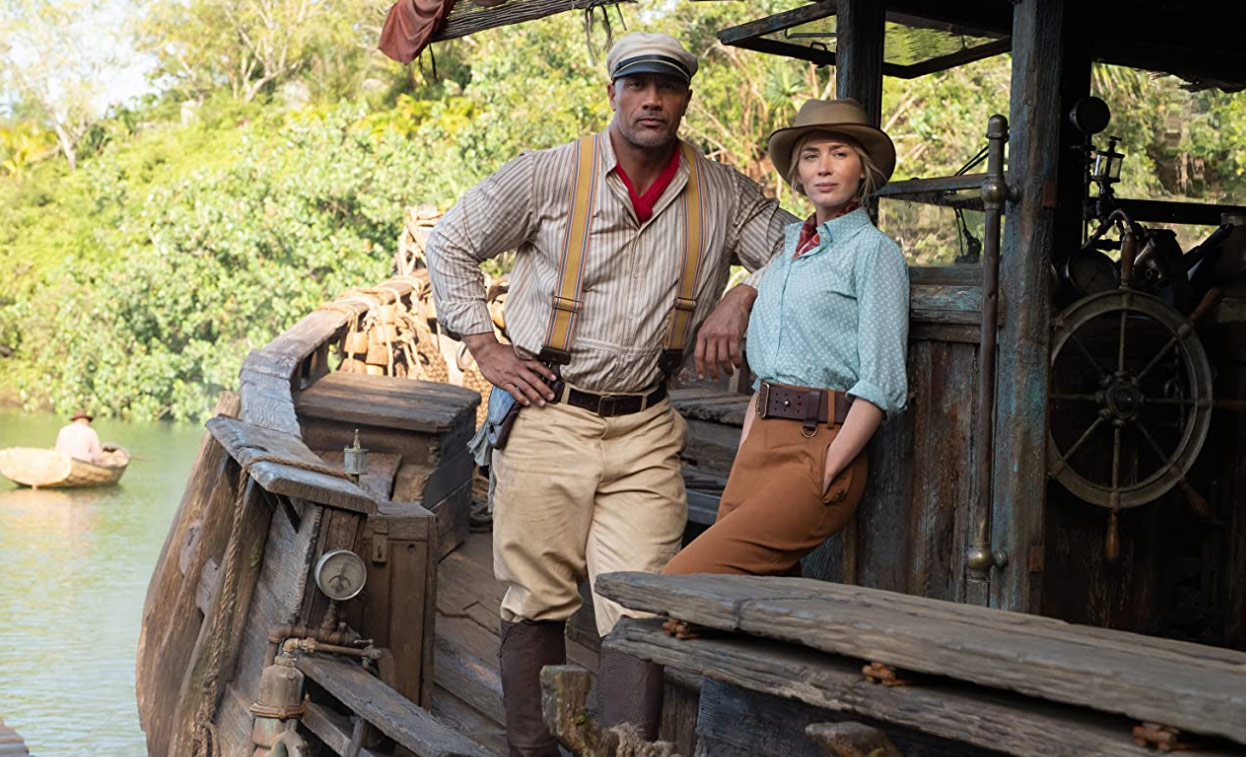