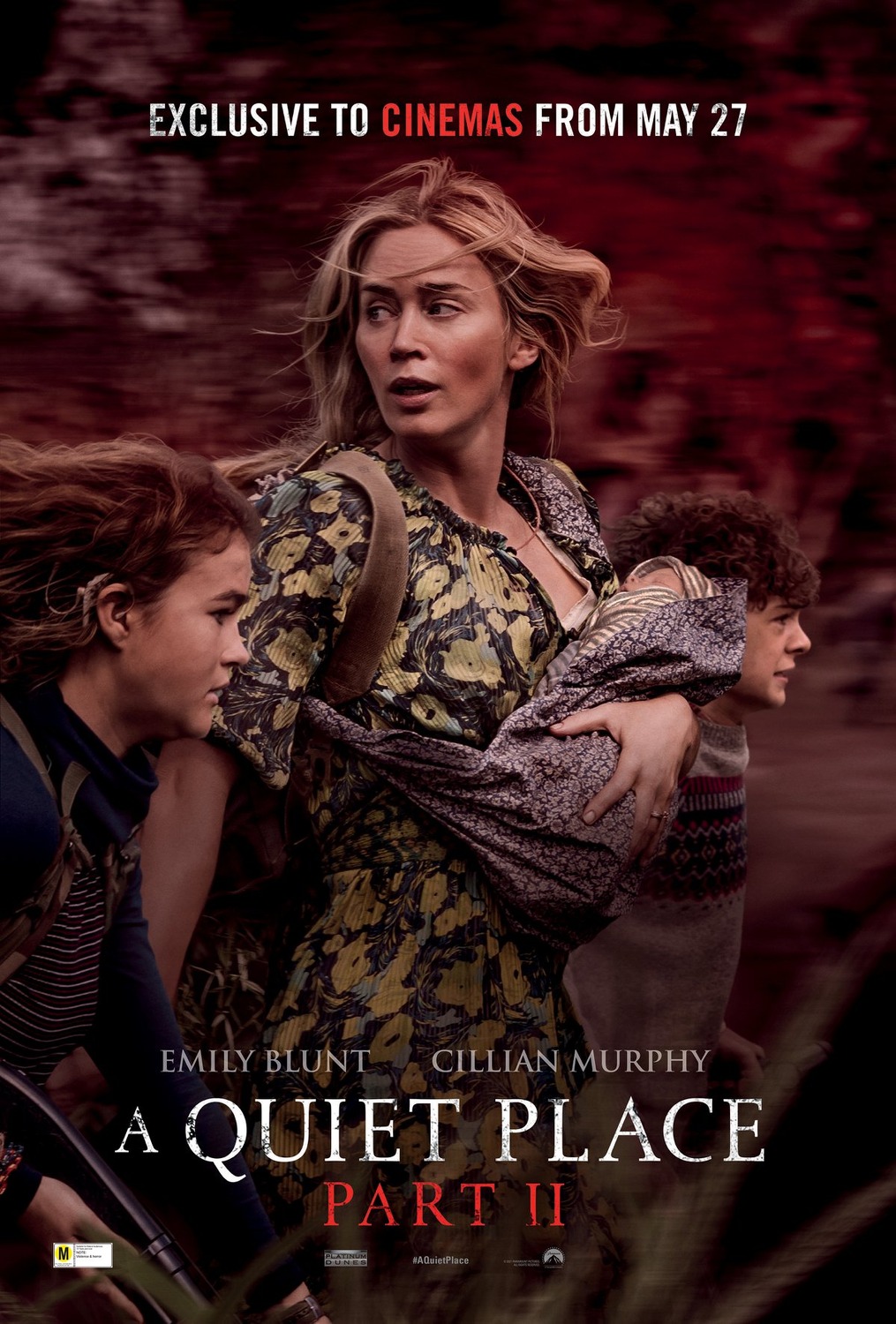 Summer kicked into high gear this weekend as John Krasinki’s A Quiet Place Part II starring Emily Blunt rose to reclaim the top spot at the box office. Last week, the highly-anticipated sequel surprisingly dropped to second place. A Quiet Place Part II returned to its anticipated glory with $11.7 million in its third weekend to gross $108.9 million, making it the first film to pass the $100 million domestic mark since the pandemic began.

In the Heights premiered in theaters and on HBO Max. The Warner Bros. movie musical was widely anticipated after being delayed a year, debuting in second place with $11.4 million. Based on the Broadway musical by Quiara Alegría Hudes and Lin-Manuel Miranda, In the Heights stars Anthony Ramos as a magnetic bodega owner in Washington Heights who dreams of a better life. Although the opening weekend take was lower than expected, In the Heights has earned excellent critical reviews and it is expected to have a lengthy run at the box office.

Sony's brand new animated sequel, Peter Rabbit 2: The Runaway, opened in third place with a domestic total of $10.4 million. The film stars Rose Byrne, Domhnall Gleeson, and the voice of James Corden. Peter Rabbit premiered in February 2018 with a pre-pandemic opening of over $25 million. However, critical reviews for the sequel have been solid and due to the strong holding power of family films since the reopening of domestic theaters, Peter Rabbit 2 should stay on the map for the next few weeks.

Taking fourth place, The Conjuring: The Devil Made Me Do It earned $10 million in its second weekend. After a remarkable $24 million opening weekend, the seventh installment in the Conjuring Universe had to compete with Warner Bros. new film, In the Heights, to rack up a two-week domestic total of $43.7 million.

Disney's Cruella rounded out the top five with an additional $6.7 million in its third weekend. While the film had a strong midweek performance, it lost that momentum this weekend as a result of losing 615 theaters. In total, Cruella has grossed $56 million at the domestic box office. ~Cassandra Coleman