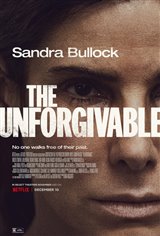 After serving 20 years in prison for killing a police officer, Ruth Slater (Sandra Bullock) is released from prison. She looks to reintegrate herself back into society while also searching for her estranged sister, despite a warning from her parole officer (Rob Morgan) to make no contact or risk going back to prison.

Having landed a night job in a factory, she also finds a day job as a carpenter, which is what she longs to do. As she tries to live in a society that rejects her, the sons of the police officer who was killed are appalled that she's free now, and one of them wants revenge. However, Ruth meets other people along the way who show her compassion, including a lawyer (Vincent D'Onofrio) who wants to help her find her little sister.